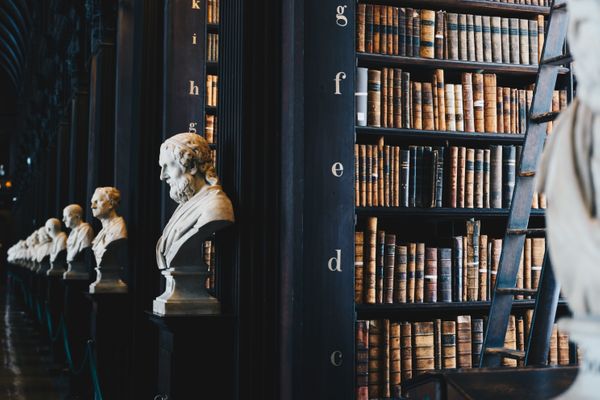 The 2021 year brought several major changes to both the Condominium and HOA Acts (which Haber Law previously summarized here), and it looks like 2022 will continue that trend. In this article, we cover what to expect from the upcoming 2022 legislative sessions and changes that may be coming for community associations. It should be noted that most of these proposed bills are fairly new, and some are just making it to their first committee review. If these bills do get approved and become law, they are unlikely to take effect before July or October of 2022, and possibly not until the beginning of 2023.

One of the most obvious topics expected to be discussed for 2022 legislation is structural and building safety due to the Surfside tragedy. After the Champlain Towers collapse, the State created the Condominium Law and Policy on Life Safety Issues Advisory Task Force to make suggestions on creating comprehensive standards for condominium structural and building safety in order to prioritize the safety of residents, including uniform requirements for inspections, funding, and reporting relating to the maintenance and repair of condominiums. In October 2021, the Task Force released its report to the Governor and other lawmakers containing recommendations regarding these issues. You can read more about the Task Force’s specific recommendations in Haber Law’s article released on November 23, 2021, titled “What Condominium Associations Need to Know About the Life Safety Task Force Recommendations.”

Reserves – Under SB 1942 and HB 1393, associations would be required to maintain a separate reserve account exclusively for the maintenance and replacement of items recognized in the Life Safety Code, including but not limited to, waterproofing measures; roof and balcony railing maintenance; and fire, mechanical, electrical, and structure standards. Community associations would also be prohibited from waiving or reducing reserve funds, although members could still vote to use existing reserve funds for alternative purposes. If enacted as currently written, SB 1942 would also require that every two (2) years, the boards of community associations hire a licensed engineer or engineering firm to conduct a reserve study of the property to ensure adequate funding of the association’s reserve accounts. The engineer would conduct a “reasonably competent and diligent visual inspection” of the major components that the association is obligated to repair, replace, restore, or maintain, and would provide an estimate of each component’s remaining useful life. The association’s board would then have seven days to provide a copy of the completed reserve study report to the local governing authority where the building is located.

Building Inspections – Additional safety-related bills have been put forward by both the Senate and the House with respect to building inspections. First, SB 1942 and HB 1393 would add a new requirement to Chapters 718 and 720 for a licensed structural engineer to perform an annual inspection of the association property and building to ensure they are structurally stable. As to condominium buildings more than three stories in height, Senate Bill 1774 (and its companion bill, House Bill 1397) would require an inspection every five years by a licensed architect or engineer, who would provide a report as to the required maintenance, useful life, and replacement costs of the building’s common elements; however, the association could take a vote of the membership on whether to waive this inspection for a particular five-year period. Finally, Senate Bill 1702 proposes imposition of a statewide structural inspection program for aging multifamily residential buildings to ensure that such buildings are safe for continued use. This “milestone inspection” would culminate in a report provided to the association and thereafter its members, and would consist of two phases: (1) a visual inspection by a licensed architect or engineer to provide a qualitative assessment of the structural conditions of the building, including looking for surface conditions indicating structural distress (e.g. cracks, distortion, sagging, excessive deflections, significant misalignment, signs of leakage, or peeling of finishes); and (2) if the architect or engineer finds signs of structural distress, an additional inspection performed by a special inspector as defined under Fla. Stat. 553.71, which may include destructive testing, to fully assess damaged areas and confirm the building is safe. This proposed “milestone inspection” law would apply to multifamily residential buildings greater than three stories in height and would need to be performed by December 31 of the year in which the building reaches thirty years of age and every ten years thereafter – – except for those that are located within three miles of a coastline, in which case the “milestone inspection” would be required when the building reaches twenty years of age and then every seven years thereafter. Buildings already older than thirty years at the time the law is passed would have until December 31, 2024 to comply.

In addition to building safety, it is clear the current legislature is also concerned about misconduct involving community associations (particularly in South Florida), as evidenced by the number of currently proposed bills concerning fraud and similar wrongful conduct. First, Senate Bill 274 has been proposed to create a Condominium Fraud Investigation Pilot Program. The purpose of this program would be to investigate condominium-related fraud within Broward, Miami-Dade, and Monroe counties. The Pilot Program would be annually funded by the Division of Florida Condominiums, Timeshares, and Mobile Homes Trust Fund. SB 274 also proposes a new requirement in Chapter 718 for the Division to forward complaints alleging condominium related fraud or corruption to the Office of the Condominium Ombudsman. Similarly, House Bill 811 would require the Division to forward complaints alleging criminal activity in connection with a condominium association to the Florida Department of Law Enforcement, regardless of whether the complaint is received before or after turnover of the association.

If Senate Bill 880 is passed, Chapter 718 would be amended to provide that any officer, director, or manager who knowingly solicits, offers to accept, or accepts a service, thing of value, or a kickback has committed a felony in the third degree. SB 880 also proposes to create a new section in Chapter 718 which would define what constitutes a fraudulent voting activity related to the association’s elections and would provide that such activities are felonies in the third degree. Types of fraudulent voting activities would include directly or indirectly using force, threatening force, or intimidating an individual to vote or refrain from voting in an election, using bribery or threats to influence or deter a person from voting, etc.

SB 880 further contemplates that a knowing, willful, and repeated (i.e., twice or more within a year) failure to properly respond to official records requests by an association board member or manager will constitute a misdemeanor in the second degree. Additionally, SB 880 proposes to amend Chapter 718 so that any person who knowingly or intentionally destroys accounting records that must be maintained by the association commits a misdemeanor of the first degree, and any person who refuses to release the association’s records with the intent to avoid arrest, trial, detection, etc., commits a felony in the third degree.

In the same vein as the bills being proposed to prevent director fraud, association transparency appears to be another major topic for 2022 legislation. For example, SB 880 (which does not seek to regulate to homeowners’ associations) proposes to amend official records requirements in Chapter 718 to include “all bank statements, canceled checks, and credit card statements” and “all invoices, transaction receipts, deposit slips, or other underlying documentation that substantiates any receipt or expenditure of funds by the association” as part of the accounting records that must be maintained by the association. Next, if SB 880 is passed in its current form, a new subsection within Fla. Stat. 718.111 would require the association, in response to a proper official records request, to provide an itemized list of all records made available for inspection and copying, along with a sworn affidavit in which the person handling the association’s compliance with the official records request attests to the itemized list being provided to the requestor. This itemized list (which must itself be maintained by the association for 7 years) would also have to state what documents were not made available for inspection. Finally, SB 880 seeks to lower the threshold for associations required to maintain and post certain records on an official association website or mobile application from those associations with 150 or more units to those associations with just 25 or more units.

In addition, Senate Bill 642 (and its companion bill, House Bill 329), if passed, would add new sections to Chapters 718 and 720 creating a publicly accessible and searchable database with certain information for every condominium and homeowners’ association in Florida, such as contact information for board members, managers, and management companies; copies of the association’s governing documents; copies of the annual budget and schedule of expenses; and copies of reserve studies and inspection reports. The Division would be responsible for creating this database by July 2024 for condominiums and by July 2026 for homeowners’ associations.

Board Certification and Education Requirements