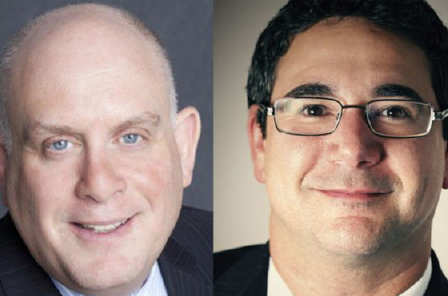 A recent decision from an appellate court in Tallahassee will likely create significant hurdles for condominium unit owners who wish to sue their association and its directors for wrongdoing that affects the entire membership. In Iezzi v Edgewater, the First District Court of Appeal held that members of a not-for-profit condominium association must comply with the pre-suit notice requirements for shareholder’s derivative suits before commencing a lawsuit against the association and its directors. The court recognized an exception for those lawsuits which seek “equitable relief,” such as an injunction, and distinguished the standing of owners to seek relief that would represent and benefit an entire class, also explaining historical standing to seek relief in a “representative capacity” for such things as construction defects related to the association’s common elements.

This trend runs counter to recent attempts by the Florida Legislature to crack down on perceived corruption in some condominium associations, as identified in a Miami-Dade Grand Jury Report released in 2017.

In Iezzi, the plaintiff, a condominium unit owner, filed a 27-count complaint against the association and seven current or former directors alleging, among other things, that the association acted improperly and that the directors breached their fiduciary duties resulting in various illegal expenditures and assessments. The association filed a Motion to Dismiss the complaint and argued that the plaintiff was required to follow the pre-suit notice requirements under the Florida derivative statute before filing suit. Notably, the plaintiff conceded that the action was derivative in nature, but argued that a direct statutory cause of action against directors and associations contained in Chapter 718 conflicted with the derivative statutory requirements and applied instead.

The court found that the procedures in Florida statute Section 617.07401 applied. The statute requires that before a person commences a proceeding against a condominium association seeking damages common to all other unrepresented

shareholders, certain requirements must be met. First, the plaintiff must have been a member of the corporation at the time that the actions complained of took place or received a transfer from someone who was a member at that time. Second, the statute requires that a plaintiff must send a “demand“ for action by the board and demonstrate that the board refused or ignored the demand for at least 90 days before filing suit. One exception is if the plaintiff can demonstrate that waiting the 90 days would cause “irreparable injury” to the entity.

Thereafter, the statute gives the corporate-defendant the option to commence an investigation and seek a stay in court of any proceedings until the investigation is complete. The court may also dismiss the action if it determines that the litigation is not in the best interest of the entity as determined by a majority vote of independent directors following an investigation. The statute allows a court to dismiss a lawsuit if a plaintiff fails to comply with the pre-suit notice requirements.