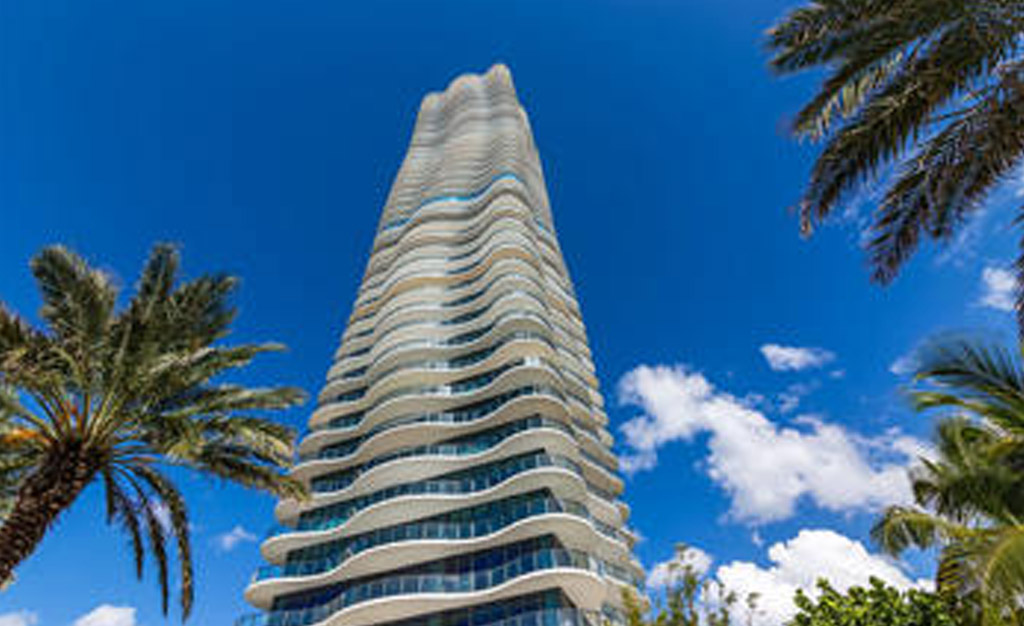 A Miami-Dade judge ruled the developers of Regalia, a luxury condo tower in Sunny Isles Beach, must turn over 100 percent interest in the companies that own the remaining two – and most expensive – unsold units, The Real Deal has learned.

The ruling is a blow to the developers who failed to sell the top-priced penthouse and beach house, each currently listed at more than $15 million, amid a stagnant luxury condo market. Such units typically provide the highest profit to the developer.

Miami-Dade Circuit Court Judge Michael Hanzman issued an order granting a motion for turnover to a receiver on Aug. 13, documents show. In June, Regalia Beach Developers LLC, led by Brazilian developer Gilberto Bomeny, Kevin Venger and other partners, had been ordered to turn over membership interest of its subsidiary, Regalia Units Owner LLC. The order came after Regalia Beach Developers failed to pay a $3 million judgment to Louis Montello, its former attorney, plus interest.

Attorney Roniel Rodriguez, who represents Montello, said that the receiver typically takes over the debtors’ interest between 60 and 90 days. The sheriff will handle the sale of the ownership interest in the subsidiary, the proceeds of which would go to Montello.

The two units are the crown jewels of the 47-story building. The penthouse, a six-bedroom, six-bathroom unit with a $1 million master bathroom, as well as a kosher kitchen, a 540-bottle wine cellar, and a lounge with a backlit smoky quartz bar imported from Israel, was once listed for $39 million.

Coldwell Banker’s Jills Zeder Group, then called The Jills, relisted the three-story penthouse unit for $29.5 million a year ago and have since reduced the price to $22.5 million.

The beach house is a two-story, six-bedroom, six-bathroom condo that hit the market for $35 million, only to be brought down to $22.5 million when The Jills took it over in September 2018. The unit, with a double-height great room that opens onto a large terrace with glass-faced pool and integrated Jacuzzi, is now asking $15 million, according to a spokesperson for the Jills Zeder Group.

While the 39-unit building at 19575 Collins Avenue was completed and delivered in 2014, the beach house and penthouse weren’t finished until 2016 – just as new luxury condo inventory began to pile up in Miami-Dade County.

“Both large units and expensive units have very thin demand. And Regalia has both large and very expensive units, so they got hit twice,” according to Ana Bozovic, a broker who owns the real estate data firm Analytics Miami.

In Sunny Isles Beach, the entire condo market has a little over 32 months of inventory as of the end of the second quarter, she said. The monthly volume of inventory increases with price points. For units price at just $3 million and up, there is currently more than 100 months of inventory.

By the end of the second quarter, there were 201 active listings in Sunny Isles Beach of condos priced at $3 million and up, with an average rate of two sales per month, according to Bozovic’s data, which is based on the Multiple Listing Service.

The luxury condo market is speculative, and requires “an expensive marketing machine to reach remote buyers and to move units,” Bozovic said.

Josh Migdal, a partner at the Miami law firm Mark, Migdal & Hayden, who is not involved in litigation involving Regalia, said the order to give up ownership interest in the company that owns the remaining units gives “an interesting signal about the demand and value of the units.”

“If there was demand for the units at value sufficient to satisfy the judgment and leave some profit, then the developer would have chosen that path,” he said.

The legal saga dates back to 2016, when Regalia Beach Developers LLC filed a lawsuit against Montello and his companies, MVW Management LLC and Montello & Associates, alleging that Montello illegally enriched himself at their expense, and that Montello had a conflict of interest to represent the developers as their attorney while also representing them as a “boots on the ground” developer representative.

In addition to being their attorney, Montello was hired by Regalia Beach Developers LLC to oversee development responsibilities for Regalia and One Thousand Museum, the Zaha Hadid-designed luxury condo tower that was recently completed in downtown Miami.

“Montello had a flagrant conflict of interest which he never disclosed: while purporting to zealously represent the interests of the plaintiffs, his true loyalty was to only himself, since Montello’s own companies were the adverse parties,” the original complaint alleges.

The complaint also stated that the principal owners of the development company behind Regalia live outside the U.S. and are “sometimes unavailable to attend to the day-to-day ‘boots on the ground’ type issues as a local developer might.” Because they worked and lived outside of the U.S., Regalia Beach Developers LLC relied on their lawyer to have a fiduciary duty to his clients.

By recommending his own company serve as the exclusive manager of Regalia, Montello and his law firm, Montello & Associates, had a direct conflict of interest, the lawsuit alleged.

Montello’s financial agreement with the developer included a $20,000 monthly salary and bonuses of $1 million and up if the project provided a profit of at least $75 million. Montello allegedly demanded an additional 25 percent developer’s fee and a 6 percent net profit fee, according to the suit.

In early 2016, the developers eventually terminated the management and consulting agreements they had with Montello’s MVW Management LLC.

Atalaya Capital Management, a New York-based alternative investment advisory firm, provided the non-recourse financing. It has a four-year loan term and was intended to pay off a previous loan and cover carrying costs. The previous loan dates to 2015, when the developers took out a $27 million from C1 Bank, now Bank OZK, to finance the two units, plus unit 18. That loan was boosted by $2 million to $29 million in 2016.

Montello’s attorney Rodriguez said that Bomeny used the funds to purchase the Holiday Inn across from Bayfront Park. Bomeny is the leaseholder of the roughly 1-acre development site in downtown Miami. His 340 Biscayne Owner LLC paid $65 million for it in 2014.

In the legal case, both sides appeared to have come to an agreement last year. In May 2018, days before the case was set to go to trial, they settled the suit during court-ordered mediation in a confidential agreement, court documents show.

Montello’s former attorney, Scott Cosgrove, withdrew as counsel about a year ago, and his firm filed a lien for more than $800,000 in unpaid bills. He declined to comment.

In May of this year, Montello and his companies requested the court enforce the settlement agreement. Court documents show the agreement called for a three-payment settlement. Regalia agreed to make a $250,000 first installment wire transfer, which the company did.

“They made every effort not to satisfy the judgment,” Rodriguez said.

In November of last year, Regalia’s condo association filed suit against the developer, contractor, architect and a laundry list of subcontractors for alleged design and construction defects and damage to the tower. A trial is set for next year, according to attorney David Haber, who is representing the association.

The developer had an owner-controlled insurance program, in which all subcontractors were enrolled, which would kick in for a case like this. Haber said the association is seeking claims exceeding $30 million. The major defects, he said, are to the balcony railing system, sliding glass doors and curtain wall system and plumbing in the bathrooms.