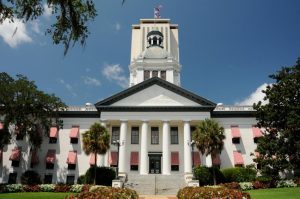 What a difference a month makes…

Last month, we provided an update on various pieces of legislation that would have impacted community associations throughout Florida.  This month, we report that almost none of those extensive proposed changes were adopted by the legislature.

The Florida Fire Prevention Code, Section 31.3.5.12 of NFPA 101, requires all high rise buildings (having an occupiable story more than 75 feet in height above the lowest access point for fire personnel) to be protected through an approved automatic sprinkler system or an engineered life safety system (ELSS).  There is an exception if every unit has exterior walkway access. ELSS must be developed by a licensed engineer experienced and qualified in life safety issues and is intended to provide equivalent or better protection then a fire sprinkler system.  ELSS solutions may include the following, without limitation: (a) a partial automatic fire sprinkler system in common areas; (b) at least one sprinkler head through the front door of each dwelling unit; (c) integrated smoke detection, smoke control and alarm system; (d) approved compartmentation to restrict the spread of fire throughout the building.

The bill again permits associations to opt out of full fire sprinkler retrofitting, if needed.  Notably, associations previously had until December 31, 2016 to either vote to opt out of the retrofitting requirement by a majority vote of the membership, or to initiate an application for a building permit for the required installation.  The opt out vote had various specific requirements for reporting to the members, recording a notice in the public records, and submitting a notification to the Division.  Additionally, in the event of an opt out, associations still had to implement an ELSS system as required by the Florida Life Safety Code.

There has been considerable debate over the years regarding whether the retrofitting requirements (including ELSS) apply to condominiums that are not high-rise in nature.  The stronger legal interpretation is that they do not apply unless the condominium is a high-rise.  However, practically speaking, associations that are close or that are not high-rise but have outdated fire protection should strongly consider complying.  The new law clarifies that the requirements for retrofitting or ELSS only apply to high-rise condominiums.

The bill also extends the deadline for hand and guardrail retrofitting and clarifies that balcony railings are not guardrails in the common areas, and provides for Fire Marshall statistical reporting.